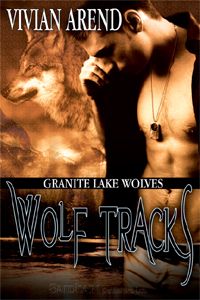 Score one for the underdog…er…wolf.
Granite Lake Wolves, Book 4
TJ Lynus is a legend in Granite Lake, both for his easygoing demeanor—and his clumsiness. His carefree acceptance of his lot vanishes, though, when his position as best man brings him face to face with someone he didn’t expect. His mate. His very human mate. Suddenly, one thing is crystal clear: if he intends to claim her, his usual laid-back attitude isn’t going to cut it.
After fulfilling her maid-of-honor duties, Pam Quinn has just enough time for a Yukon wilderness trip before returning south. The instant attraction between her and TJ tempts her to indulge in some Northern Delight, but when he drops the F-bomb—“forever”—she has second thoughts. In her world, true love is a fairytale that seldom, if ever, comes true.
Okay, so maybe staging a kidnapping wasn’t TJ’s best idea, but at least Pam has the good humor to agree to his deal. He’ll give her all the northern exposure she can stand—and she won’t break his kneecaps.
Now to convince her that fairytales can remake her world—and that forever is worth fighting for.

The Mammoth Book of Paranormal Romance 2

Dancers in the Dark