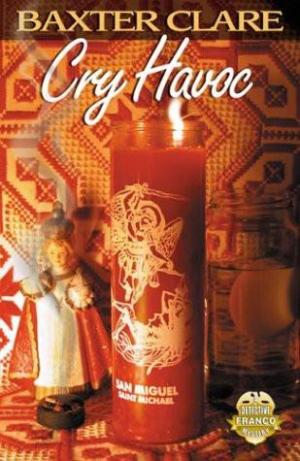 Lambda Literary Award Nominee
Lieutenant Franco faces a psychotic killer.
Case closures are up and homicide rates are down for LAPD's 93rd Homicide Squad. "Frank", Lieutenant L.A. Franco, is revitalizing her depleted detective crew while quietly mending private scars. And Frank is about to need all the back she can muster as she faces her own personal demons while trying not to jeopardize her developing relationship with Gail.
When a corner hustler turns up dead with a headless rooster in his lap, Frank realizes she's up against Mother Love-Jones, renowned psychic, drug dealer and santería priestess.
Soon Frank becomes inexorably pulled into Mother Love's ambush. Heedless of the warnings around her, Frank plunges into battle with Mother Love and her violent minions: A battle as dark and deadly as the ancient bloodied sands from which it sprang.