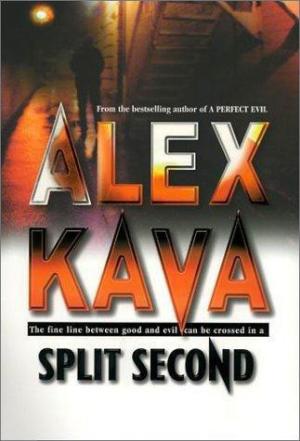 FBI Special Agent Maggie O'Dell spent two years tracking him down, caught in a game of cat and mouse that left her forever marked by this killer.

Now Albert Stucky has escaped from prison. And he is setting up a new game to draw Maggie back into the chase.

Some say Maggie O'Dell has lost it -- lost the professional edge that makes her one of the best criminal profilers, and lost her ability to think clearly. Since capturing Stucky she's been walking a tightwire, battling nightmares and the guilt over the victims she couldn't save. Now with news of his escape, she's been taken out of the field until he's caught again. But Magge knows the truth: only she can see into the twisted mind of this madman. Only she can catch him. Albert Stucky wouldn't have it any other way.

When it becomes undeniable that Stucky's trail of victims is leading closer and closer to Maggie, the Bureau puts her back on the case. Under the supervision of Special Agent R.J. Tully, Maggie joins the hunt for a pyschopath who continues to stay one bloody step ahead of them. And, once again under the control of a cunning killer, Maggie finds herself pushed to the very edge.

What ultimately, is Maggie O'Dell capable of? Has her desire to stop Albert Stucky -- to make him look into her eyes before she ends the game once and for all -- become a matter of personal vengeance? Has she crossed that line in her need to make him suffer as he's made others suffer? And is this Stucky's game -- to turn Special Agent O'Dell into a monster?

As *Split Second* races toward its inevitable climax, Alex Kava paints a chilling, unflinching portrait of the human psyche pushed past its limits. A runaway train of riveting suspense and heart-pounding drama, *Split Second* is a provocative, bold look at the nature of good and evil in all of us.

At the Stroke of Madness

The Attic Room: A psychological thriller

Deeper Than the Dead