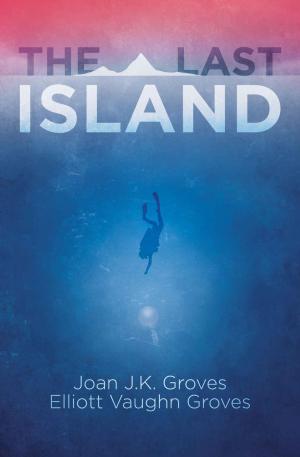 In the closing days of World War II, a German submarine slips quietly into the South Pacific before sinking mysteriously. The strange nature of its secret cargo—an ancient and powerful relic—is lost beneath the waves along with its Nazi handlers. Seventy years later the truth begins to surface…
When Vaughn leaves his dead-end job as a school teacher in Cleveland, he has no idea what the future might bring. Trading snowy streets for sandy beaches, he spends his last dollar on a ticket to a remote Pacific island—a speck on the map where the locals spin tales of shipwrecks and dangerous waters. Before long he discovers that some of these stories are more than just legends. Looking only for work and a life in the sun, he instead finds himself drawn into a centuries-old international conflict: the search for the artifact that now lies submerged just offshore.
The Last Island is the first novel in a new trilogy by Joan and Elliot Groves. As experienced divers and onetime residents of the South Pacific, the Groves have striven to bestow a striking realism upon their protagonist's world. Fans of thrillers, conspiracies, and historical mysteries will enjoy following Vaughn and his allies through their adventure.