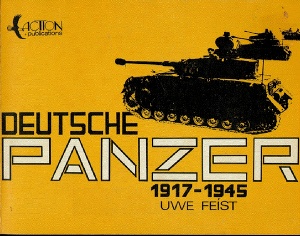 German tanks entered the anals of armoured warfare for the first time in March 1918 in the form of the cumbersome "STURMKAMPFWAGEN A7V" of which only about twenty were built, compared to the 2,850 tanks built by the British alone. This book depicts the development of german tanks, shows their history and characteristics, investigates their historical way through both WW1 and WW2.