Inside the Crosshairs: Snipers in Vietnam 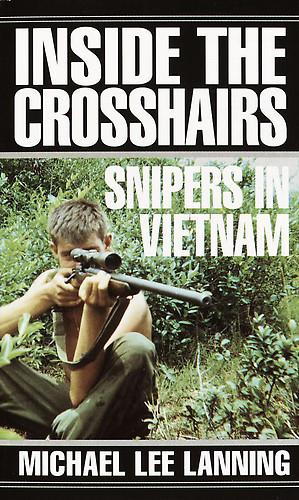 “The American sniper could be regarded as the greatest all-around rifleman the world has ever known….”
At the start of the war in Vietnam, the United States had no snipers; by the end of the war, Marine and army precision marksmen had killed more than 10,000 NVA and VC soldiers—the equivalent of an entire division—at the cost of under 20,000 bullets, proving that long-range shooters still had a place in the battlefield. Now noted military historian Michael Lee Lanning shows how U.S. snipers in Vietnam—combining modern technology in weapons, ammunition, and telescopes—used the experience and traditions of centuries of expert shooters to perfect their craft.
To provide insight into the use of American snipers in Vietnam, Lanning interviewed men with combat trigger time, as well as their instructors, the founders of the Marine and U.S. Army sniper programs, and the generals to whom they reported. Backed by hard information and firsthand accounts, the author demonstrates how the skills these one-shot killers honed in the jungles of Vietnam provided an indelible legacy that helped save American lives in Grenada, the Gulf War, and Somalia and continues to this day with American troops in Bosnia.
[Best viewed with CoolReader.]

Комментарии к книге "Inside the Crosshairs: Snipers in Vietnam"