Red Thrust: Attack on the Central Front, Soviet Tactics and Capabilities in the 1990s 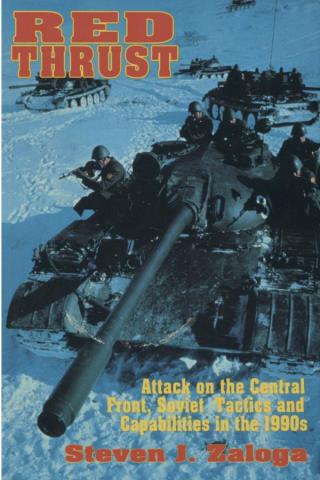 Written in 1989, before the fall of the Berlin Wall and the general implosion of the Warsaw Pact and the Soviet Union, Zaloga creates an interesting and extremely plausible scenario of World War III. The focus shifts from the strategic view to events in Bavaria where The Southwestern front attacks out of Czechoslavakia. Each chapter (including the introduction which outlines the plans and events that I briefly described above) focuses on a particularly element of the Soviet military — firstly in a fictional scenario, then an analysis of what just happened, providing background, explanations and comparisons.

The chapters are as follows:

Hitler's Rockets: The Story of the V-2s