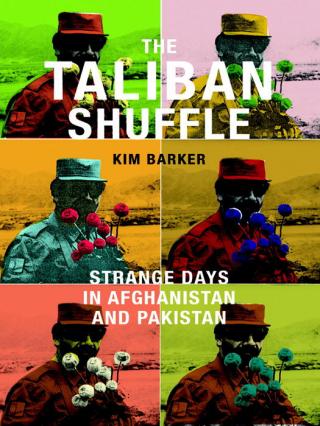 A true-life Catch-22 set in the deeply dysfunctional countries of Afghanistan and Pakistan, by one of the region’s longest-serving correspondents.
Kim Barker is not your typical, impassive foreign correspondent--she is candid, self-deprecating, laugh-out-loud funny. At first an awkward newbie in Afghanistan, she grows into a wisecracking, seasoned reporter with grave concerns about our ability to win hearts and minds in the region. In The Taliban Shuffle, Barker offers an insider’s account of the “forgotten war” in Afghanistan and Pakistan, chronicling the years after America’s initial routing of the Taliban, when we failed to finish the job.
When Barker arrives in Kabul, foreign aid is at a record low, electricity is a pipe dream, and of the few remaining foreign troops, some aren’t allowed out after dark. Meanwhile, in the vacuum left by the U.S. and NATO, the Taliban is regrouping as the Afghan and Pakistani governments floun­der. Barker watches Afghan police recruits make a travesty of practice drills and observes the disorienting turnover of diplomatic staff. She is pursued romantically by the former prime minister of Pakistan and sees adrenaline-fueled col­leagues disappear into the clutches of the Taliban. And as her love for these hapless countries grows, her hopes for their stability and security fade.
Swift, funny, and wholly original, The Taliban Shuffle unforgettably captures the absurdities and tragedies of life in a war zone.

Street Without Joy: The French Debacle in Indochina