Katyn 1940: The Documentary Evidence of the West's Betrayal 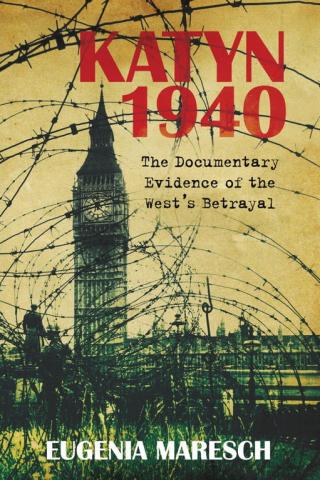 The mass murder of 22,000 Poles by the Soviet NKVD at Katyn is one of the most shocking events of the Second World War and its political implications are still being felt today. This book draws on intelligence reports, witness statements, memoranda and briefing papers of diplomats who dealt with the Katyn massacre.
The bitter dispute is ongoing between the Russian and Polish governments, to declassify the rest of the documents and concede to genocide perpetrated by the Soviets. British “Most Secret” files reveal that Katyn was considered as a provocative incident, which might break political alliance with the Soviets. The “suspension of judgment” policy of the British government hid for more than half a century a deceitful diplomacy of Machiavellian proportions.
Katyn 1940 draws on intelligence reports, previously unpublished documents, witness statements, memoranda, and briefing papers of diplomats and civil servants of various echelons, who dealt with the Katyn massacre up to the present day to expose the true hypocrisy of the British and American attitude to the massacre.
About the Author
Eugenia Maresch is the author of General Wladyslaw Sikorski, Poland’s Wartime Leader; Intelligence Co-operation Between Great Britain and Poland in World War II; and Polish Forces in Defence of the British Isles 1939-1945.