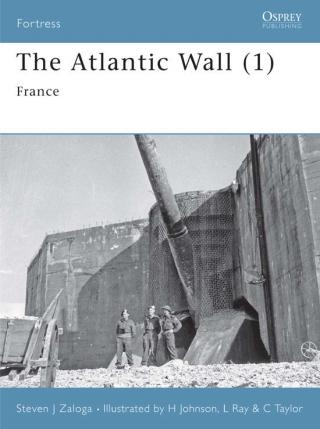 In 1942, with Germany’s gradual loss of the strategic initiative to the Allies, Hitler was forced to construct an impenetrable wall of fortifications along the Atlantic and Mediterranean coast. However, Hitler’s grandiose Atlantic wall scheme was hampered by the realities of Germany’s wartime economy. Without the resources and manpower to fortify the entire coast, the emphasis was placed on the great festung ports, the likely location of an Allied amphibious landing.
This first volume in a series of three deals solely with the structures on the French Atlantic coast starting with the Pas de Calais and extending down to Spain. Featuring detailed illustrations and diagrams of the various sections of the Atlantic Wall and the role that they played, it gives an insightful analysis into some of the most accessible fortifications of World War II.
[This book contain the tables.]