The Battle of Britain: Myth and Reality 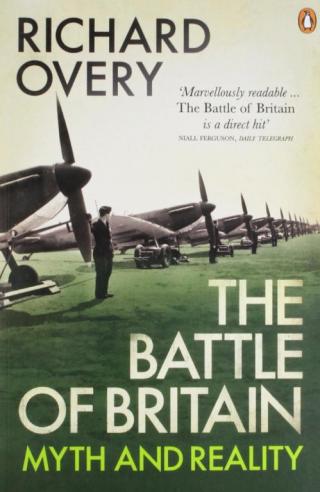 Tells the story of one of the pivotal events of the WWII – the struggle between British and German air forces in the late summer and autumn of 1940. This book answers such questions as: how close did Britain really come to invasion; what were Hitler and Churchill’s motives; and, what was the battle’s real effect on the outcome of the war.

‘No individual British victory after Trafalgar was more decisive in challenging the course of a major war than was the Battle of Britain… In his carefully argued, clearly explained and impressively documented book… Richard Overy is at pains to dispose of the myths and expose the real history of what he does not doubt was a great British victory… the best historical analysis in readable form which has yet appeared on this prime subject.’
Noble Frankland, The Times Literary Supplement

Комментарии к книге "The Battle of Britain: Myth and Reality"