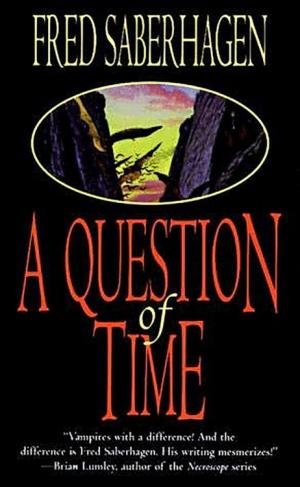 A private detective is hired to locate a missing girl -- the great niece of an eccentric sculptor named Edgar Tyrell. But Tyrell is nosferatu, and he can sculpt in the sands of reality itself. So the detective must call on Dr. Strangeways, an Old Friend of the Family and Lord of the Vampires to battle an undead menace from beyond time.

From Publishers Weekly
Saberhagen, whose Thorn mixed Arthurian legend, time travel and vampires, once again blurs genre distinctions in this horror fantasy featuring that beloved SF device, time travel. Joe Keogh is a Chicago-based private investigator who is hired to find a teenager lost in the Grand Canyon in 1991. He brings three assistants, as well as one "Mr. Strangeways." Ominously, two other people-- a Civilian Conservation Corps worker in 1935 and a woman in 1965 --were kidnapped by a vampire named Edgar Tyrell in the same part of the canyon where Keogh searches nearly six decades later. The two plots, linked by Tyrell (who is the missing teenager's father), come crashing together in a climax that is more confusing than exciting. Although the cast is crowded (two of Keogh's assistants could have been removed to no effect), the nosferatu Strangeways--a Saberhagen regular whose other name is Drakulyasp correct --is a fascinating character, and the novel's quick pace holds reader interest.

Le ali nere del tempo [A Question of Time - it]

The Mammoth Book of Futuristic Romance