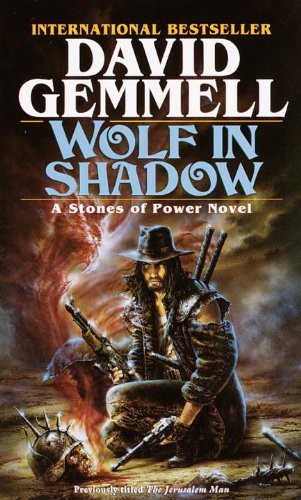 John Shannow, The Jerusalem Man, lived in a world that had toppled on its axis. Civilization had been replaced by ruthlessness and savagery. Relentless in his quest for peace, Shannow followed a path that led only to bloodshed and sorrow.
Abaddon, the Lord of the Pit, sought to plunge mankind into a new Satanic era. His Hellborn army spewed forth from the Plague Lands with an unholy force stemming from human sacrifice. For it was the blood of innocents that fueled the corrupted Sipstrassi Stones of Power-the source of Abaddon's might.
But the Hellborn made a fatal mistake-they took the woman who had stolen Shannow's heart. He would move Heaven and Earth to save her or he would die trying.

Up in the Air

11 Hornblower in the West Indies

The Hand but Not the Heart, Or, the Life-Trials of Jessie Loring...