A Big Little Life: A Memoir of a Joyful Dog 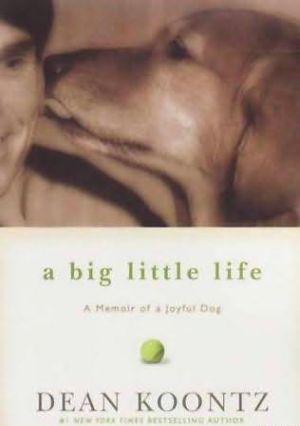 DEAN KOONTZ thought he had everything he needed. A successful novelist with more than twenty #1 New York Times bestsellers to his credit, Dean had forged a career out of industry and imagination. He had been married to his high school sweetheart, Gerda, since the age of twenty, and together they had made a happy life for themselves in their Southern California home. It was the picture of peace and contentment. Then along came Trixie.

Dean had always wanted a dog-had even written several books in which dogs were featured. But not until Trixie was he truly open to the change that such a beautiful creature could bring about in him. Trixie had intelligence, a lack of vanity, and an uncanny knack for living in the present. And because she was joyful and direct as all dogs are, she put her heart into everything-from chasing tennis balls, to playing practical jokes, to protecting those she loved.

A retired service dog with Canine Companions for Independence, Trixie became an assistance dog of another kind. She taught Dean to trust his instincts, persuaded him to cut down to a fifty-hour work week, and, perhaps most important, renewed in him a sense of wonder that will remain with him for the rest of his life. She mended him in many ways.

Trixie weighed only sixty-something pounds, Dean occasionally called her Short Stuff, and she lived less than twelve years. In this big world, she was a little thing, but in all the ways that mattered, including the effect she had on those who loved her, she lived a big life.

Комментарии к книге "A Big Little Life: A Memoir of a Joyful Dog"