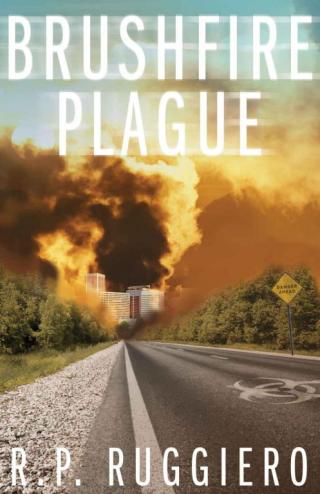 The Brushfire Plague made the Spanish Flu Pandemic of 1918 look like a case of the common cold.
When a virulent plague erupts across the globe, Cooper Adams faces a daily battle for survival as society unravels at a dizzying pace. As he organizes his neighbors for self-defense and strives to save those around him, he soon discovers the first clues about the origin of the Brushfire Plague that is killing untold millions around the world. In his pursuit to learn the truth, Cooper must combat looters, organized gangs, and those protecting the Brushfire Plague’s secrets. When his son falls ill, his search to uncover the plague’s origin and a possible cure transforms into a race against time. Ultimately, Cooper faces a paralyzing choice between exposing what he has learned with potentially shattering consequences, or abetting a horrible secret and giving his nation a chance to recover and rebuild.
Surviving the Plague was just the beginning…
Brushfire Plague offers readers a fast moving action adventure within the context of societal collapse, while also delivering emotional connection to its characters.