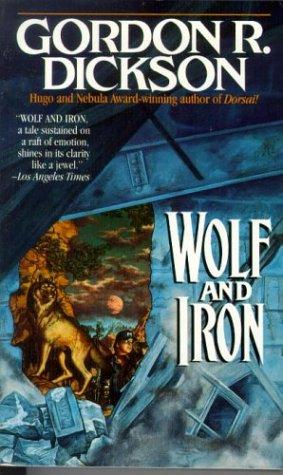 The U.S. has been devastated by worldwide financial collapse. Civilization as readers know it has disappeared. Marauding bands are terrorizing the countryside, killing and looting. Jeremy Bellamy Walthers’ goal is to cross 2,000 miles of ravaged countryside to reach the security of his brother’s Montana ranch. En route he befriends a wolf who becomes a partner and companion via verbal and nonverbal communication. The story deals with Jeremy’s interaction with the wolf and the other human survivors of the economic collapse. Dickson has created another superior novel; it’s colorful, well written, and peopled with well-developed, multidimensional characters. The wolf is especially fascinating. YAs who have cut their teeth on such works as George’s Julie of the Wolves (Harper, 1972) or Mowatt’s Never Cry Wolf (Little, 1963) will enjoy this survival story in sci/fi clothing.

The Dragon and the Djinn

Il mantello e il bastone [The Cloak and the Staff - it]