Kyiv, Ukraine: The City of Domes and Demons from the Collapse of Socialism to the Mass Uprising of 2013-2014 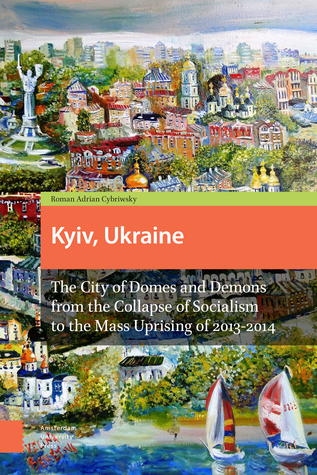 The unrest and violence in Ukraine in recent years shocked the world, and the region’s long-term future remains troublingly uncertain. Focusing on the difficulty of Kiev’s transition from socialism to market democracy, this book demonstrates how Ukraine reached this turbulent point. Roman Adrian Cybriwsky delves deeply into the changing social geography of the city, recent urban development, and critical problems such as official corruption, inequality, sex tourism, and the heedless destruction of the city’s historical architecture—all difficulties that have contributed incrementally to Ukrainian citizens’ anger against their government. This thoroughly revised edition brings Cybriwsky’s account of events and their ramifications fully up to date, offering the clearest picture we’ve had yet of what has happened—and what is likely still to come—in Ukraine.

Комментарии к книге "Kyiv, Ukraine: The City of Domes and Demons from the Collapse of Socialism to the Mass Uprising of 2013-2014"