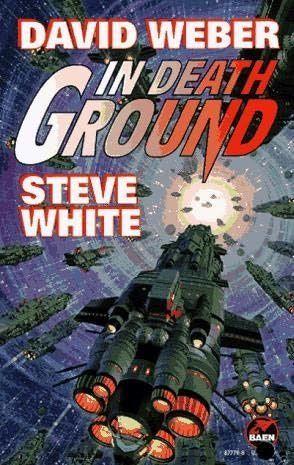 The more things change, the more they remain the same. Three thousand years after Sun Tszu wrote those words, in the time of the Fourth Interstellar War, the ancient advice still holds true. The "Bugs" have overwhelming numbers, implacable purpose, and a strategy that's mind-numbingly alien. They can't be reasoned or negotiated with. They can't even be communicated with. But what they want is terrifyingly clear. The sentient species in their path aren't enemies to be conquered; they're food sources to be consumed.Totally oblivious to their own losses, rumbling onward like some invincible force of nature, their enormous fleets are as unstoppable as Juggernaut. Yet for the desperate Federation Navy and its enemies-turned-allies, the Orions, there is nowhere to go. Their battered, outnumbered ships are all that stand between the billions upon billions of defenseless civilians on the worlds behind them and an enemy from the darkest depths of nightmare, and there can be no retreat. But at least their options are clear.As Sun Tzu said, in death ground, there is only one strategy:

The Universe of Honor Harrington

The Stars at War

You See But You Do Not Observe