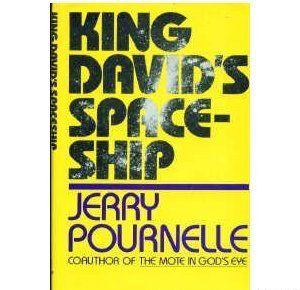 The novel forms part of Pournelle’s Future History known as the CoDominium series. Chronologically, it is second to last in the series, contemporaneous with events in The Mote in God’s Eye.

In content it resembles Pournelle’s military fiction series Falkenberg’s Legion, also from the CoDominium series, in that it is the story of a capable military leader undertaking a campaign on a backward planet. In this case the leader is from a planet that has recovered technologically to the steam, steel and coal stage, who visits a planet of city states surrounded by barbarians, fighting with medieval weapons.

The story is notable for showing the conflicting motives of the different factions without demonizing any of them, save possibly the merchants’ faction whose motives are to use the forces of the Imperial Space Navy to enhance their own profits.