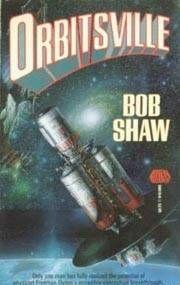 When the young son of Elizabeth Lindstrom, the autocratic president of Starflight, falls to his death, Vance Garamond, a flickerwing commander, is the obvious target for Elizabeth’s grief and anger. She is not a forgiving employer and Garamond has no choice but to flee.

But fleeing Elizabeth’s wrath means leaving the Solar System behind for ever and hiding somewhere in deep space.

Pursued remorselessly by Earth’s space fleet, the ‘somewhere’ that Garamond discovers in an unimaginably vast, alien-built, spherical structure which could just change the destiny of the human race.

Orbitsville ranks alongside Larry Niven’s Ringworld and Arthur C. Clarke’s Rendezvous with Rama as one of the great imaginative constructs of SF. Deftly written, it powerfully conveys the immensity of space and the infinite possibilities it offers.