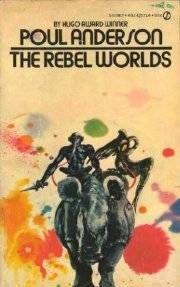 Dominic Flandry gets sent to put down a rebellion against the Terran Empire. His investigation reveals that the rebellion is morally justified: an evil governor had engaged in mass murder against innocents. However, Dominic Flandry cannot stand by while the good-intentioned rebels throw the empire into chaos; neither can he allow the governor to bring his vile plans to fruition. To complicate things, Flandry falls in love with the rebel leader’s wife.

The Day of Their Return

The Game of Empire

A Circus of Hells