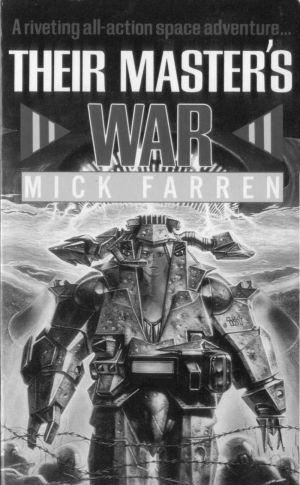 On a primitive, arid planet, Harkaan is exiled from his tribe for killing men, only to discover that the killing spree, and his banishment, are part of a deliberately engineered Darwinian selection process, which culminates in his induction as a starship trooper in an interstellar war fought by humans on behalf of alien overlords, the Therem, against another group of aliens, the Yal. This is Platoon set in a full-metal future, with some brilliant and striking images of combat on alien planets.  The book is, in the author’s words, a "long-range sequel" to Protectorate, and, unusually for Farren, concludes on a positive note, with a battered remnant of humankind escaping the all-embracing and cynical control of the alien masters and, just maybe, building a worthwhile life for themselves.

Slide On The Run