Wrong About the Guy 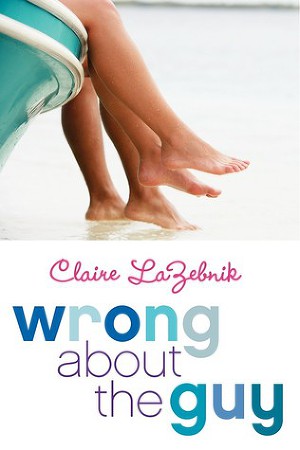 Ellie Withers is definitely not spoiled… so she wishes that George Nussbaum would stop implying that she is. It’s not her fault that her stepfather became a TV star and now they live in a big house and people fawn over her wherever she goes. She doesn’t even like being fawned over. Fortunately, her two closest friends understand her a lot better than George: Heather Smith loved her before she even knew who Ellie’s stepfather was, and handsome Aaron Marquand has a father who’s just as famous.

With Aaron back in town and very much in her life, Ellie feels like things are just fine…or would be if her mother hadn’t hired George to tutor her. George has a habit of making Ellie feel a little less sure of herself, a little less on top of the world, a little less right about everything. Why does he always make her feel like she could be a better person than she is?

When Ellie’s plans for her family, her friends, and even her love life don’t turn out the way she imagined, she begins to wonder if maybe she couldstand to learn a thing or two after all…and whether it’s possible—or even likely—that the perfect person to teach her is the last person she’d expected.