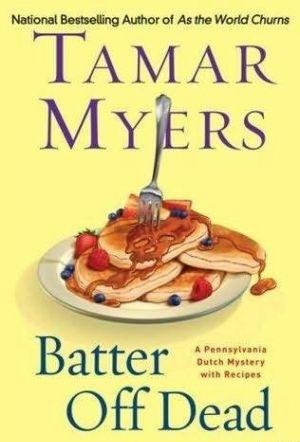 During a church breakfast, Minerva J. Jay, known for her prodigious appetite, slumps over after ingesting several stacks of pancakes. Police Chief Chris Ackerman wonders if the serving of the fatal flapjacks is a case of assault and batter. Magdalena has her own bun in the oven, but that doesn't stop the chief from asking for her help with the investigation.

Before Magdalena can begin, however, she has to make a special delivery of her own – and just when she thinks she's found her number one suspect, he turns up dead, squished flatter than a pancake by a driverless cement truck. Now, to stop the killer from cooking up another crime, Magdalena has no choice but to jump from the frying pan into the fire.