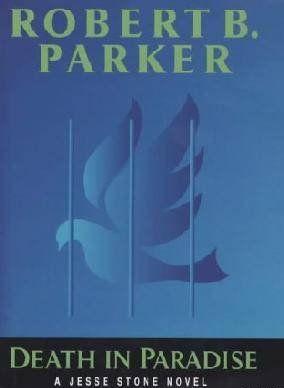 Chief of Police Jesse Stone returns to investigate the murder of a troubled teenager in a seemingly bucolic New England town. The Paradise Men's Softball League has wrapped up another game, and Jesse Stone is lingering in the parking lot with his team-mates, drinking beer, swapping stories of double plays and beautiful women in the late summer twilight. But then a voice, scared, calls out to him from the edge of a nearby lake. He walks to the sound, where two men squat at the water's edge. In front of them, face down, is something that used to be a girl. The local cops haven't seen anything like this, but Jesse's LA past has made him all too familiar with floaters. This floating girl hadn't committed suicide, she hadn't been drowned: she'd been shot, and dumped, discarded like trash. Before long it becomes clear that the dead girl had a reputation and a taste for the wild life; and her own parents can't even be bothered to report her missing, or admit that she once was a child of theirs. All Jesse has to go on is a young man's school ring on a gold chain, and a hunch or two. At the same time, Jesse must battle two demons from his past: a renewed struggle with the bottle, and a continuing relationship with his ex-wife. Neither one will help him solve the case, and either one could jeopardize his career – and his life. Filled with magnetic characters and the muscular writing that are Parker's trademarks, Death in Paradise is a storytelling masterpiece.

Running From The Law