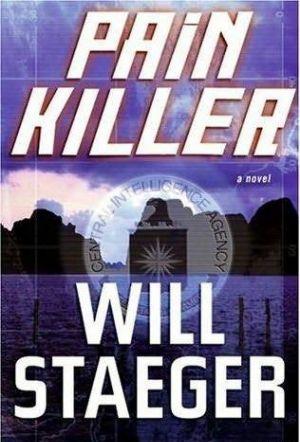 A TV and film executive, Staeger displays a real knack for creating cinematic scenes in his engaging first thriller. Cooper, a burnt-out former CIA operative living in a cheap bungalow on the British Virgin Island of Tortola, isn't too happy when "Cap'n Roy," the local police chief, dares to call him at 6 a.m. (Indeed, he gets out of bed and smashes the window in his front door with a baseball bat.) A badly burned, broken and tattooed male body has washed up on the beach, and Roy wants Cooper to dispose of it without disturbing the tourists. Given the corpse's unusual wounds, a shady expat coroner in the U.S. Virgin Islands agrees to conduct an autopsy. The tattoo entices Cooper into digging further, and he soon unearths evidence of a huge buildup of weapons in China. At the same time, Julie Laramie, a low-level agent working for the CIA, stumbles across the same Chinese plot, only to have her superiors threaten to ax her if anything leaks. It's only a matter of time-plus a few more highly visual action moments-before Cooper and Laramie have to secretly link up and trust each other to save the world.