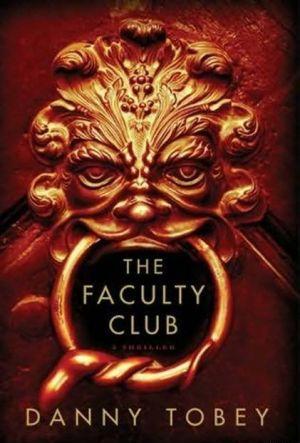 At the world's most exclusive law school, there's a secret society rumored to catapult its members to fame and fortune. Everyone is dying to get in…

Jeremy Davis is the rising star of his first-year class. He's got a plum job with the best professor on campus. He's caught the eye of a dazzling Rhodes scholar named Daphne. But something dark is stirring behind the ivy. When a mysterious club promises success beyond his wildest dreams, Jeremy uncovers a macabre secret older than the university itself. In a race against time, Jeremy must stop an ancient ritual that will sacrifice the lives of those he loves most and blur the lines between good and evil.

In this extraordinary debut thriller, Danny Tobey offers a fascinating glimpse into the rarefied world of an elite New England school and the unthinkable dangers that lie within its gates. He deftly weaves a tale of primeval secrets and betrayal into an ingenious brain teaser that will keep readers up late into the night.