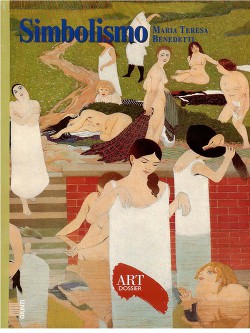 Symbolism was a late nineteenth-century art movement of French, Russian and Belgian origin in poetry and other arts. In literature, the style had its beginnings with the publication Les Fleurs du mal (The Flowers of Evil, 1857) by Charles Baudelaire. The works of Edgar Allan Poe, which Baudelaire admired greatly and translated into French, were a significant influence and the source of many stock tropes and images. The aesthetic was developed by Stéphane Mallarmé and Paul Verlaine during the 1860s and '70s. In the 1880s, the aesthetic was articulated by a series of manifestos and attracted a generation of writers. The name "symbolist" itself was first applied by the critic Jean Moréas, who invented the term to distinguish the symbolists from the related decadents of literature and of art.