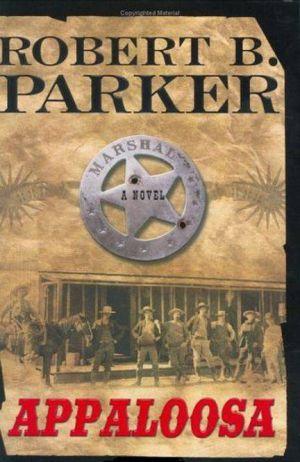 A richly imagined novel of the Old West, as spare and vivid as a high plains sunset, from one of the world's most talented performers.

It was a long time ago, now, and there were many gunfights to follow, but I remember as well as I remember anything the first time I saw Virgil Cole shoot. Time slowed down for him. Always steady, and never fast...

When it comes to writing, Robert B. Parker knows no boundaries. From the iconic Spenser detective series and the novels featuring Sunny Randall and Jesse Stone, to the groundbreaking historical novel Double Play, Parker's imagination has taken readers from Boston to Brooklyn and back again. In Appaloosa, fans are taken on another trip, to the untamed territories of the West during the 1800s.

When Virgil Cole and Everett Hitch arrive in Appaloosa, they find a small, dusty town suffering at the hands of renegade rancher Randall Bragg, a man who has so little regard for the law that he has taken supplies, horses, and women for his own and left the city marshal and one of his deputies for dead. Cole and Hitch, itinerant lawmen, are used to cleaning up after opportunistic thieves, but in Bragg they find an unusually wily adversary-one who raises the stakes by playing not with the rules, but with emotions.

This is Robert B. Parker at his storytelling best.