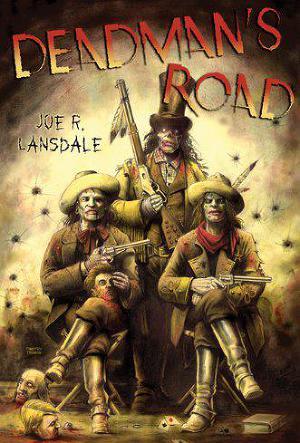 Joe Landsdale once again combines his love of the wild west with zombies in Deadman's Road, another tale of his two-gun toting Reverend Jebidiah. The Reverend decides to help a deputy sheriff escort a prisoner along Deadman's Road, the supposed haunt of an undead fiend.

This novella was first published as a serial in three parts by Subterranean Press in March 2007 — taken from Joe R Lansdale's collection The Shadows, Kith and Kin which was published April 25 2007.

Subsequently included in The Living Dead — an anthology of 34 zombie stories by various authors — published by Night Shade Books in September 2008.

Dead in the West

The Best Horror of the Year – Volume One