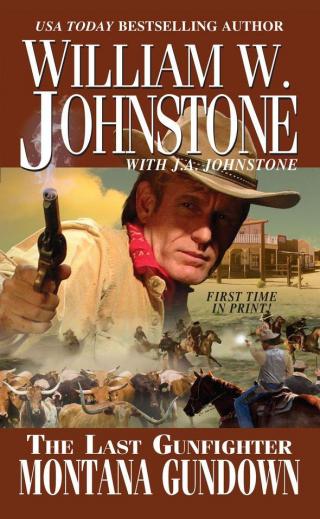 In William Johnstone's bestselling The Last Gunfighter, Frank Morgan is the last of his kind--until he confronts a young gun who shares his name, skill, and maybe even his blood. . .

Frank Morgan has one son he knows of--and Kid Morgan has become famous in his own right. But in Montana, Frank comes face-to-face with a young man with a deadly swagger and a stunning claim: that he's Frank's son, too. And he's here to gun his old man down.

For Frank, the first thing to do is find out if Brady Morgan is truly his own flesh and blood. That means tracking down a woman he once loved, and then untangling her lies, lust and a scheme to steal prime Montana ranchland. Suddenly, Frank is in the middle of an exploding range war--and he's standing on the opposite side from young Brady Morgan. In a clash of guns and greed, two Morgans will face each other one last time: to decide who will live and who will die . . .

Savagery of The Mountain Man

Assault of the Mountain Man

Pursuit Of The Mountain Man

Blood Meridian or The Evening Redness in the West