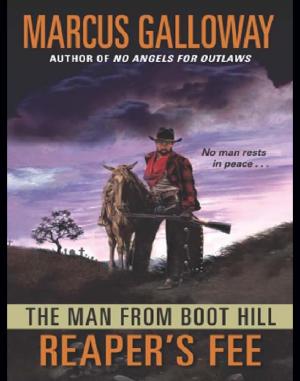 Undertaker Nick Graves has buried folks for pay...and killed some for free. Now settled in Ocean, California, with a good woman he loves, he'd like to forget the wild young man he once was—a man who buried a fortune in stolen jewels in the Badlands...in the grave of the former friend he dispatched to Hell.
Barrett Cobb deserved to die and Nick doesn't regret having done the deed. But now a bunch of two-bit outlaws have heard the tale and they're dead set on looting Cobb's final resting place—which the mourner cannot and will not abide. But if Nick Graves leaves his new life behind to seek justice he might never get back again. And digging up the past could prove fatal, since madmen, killers, and a very patient bounty hunter are waiting for Graves to do just that.

Longarm and the Bandit Queen

Longarm and the Shivaree Riders