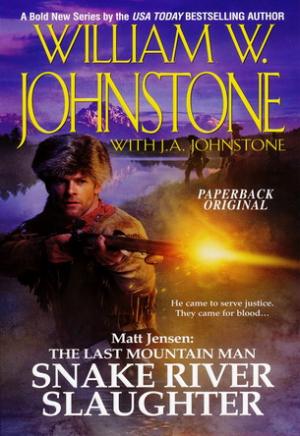 Matt Jensen didn't want to kill two murderers in Wyoming but he had no choice. Now, his fame has reached into Idaho Territory where a woman Matt knew as a child in an orphanage is being hunted by predators...Kitty Wellington inherited her uncle's 20,000-acre ranch - and a mortgage - on the Snake River. She plans to pay her debt by selling thoroughbreds to the U.S. Army. But a relative is trying to steal it all...until Matt enters a fight whose most dangerous combatants have yet to show their hand.

Shootout of the Mountain Man

Butchery of the Mountain Man

The Friends of Pancho Villa

Three-Ten to Yuma and Other Stories

Bravo of the Brazos: John Larn of Fort Griffin, Texas