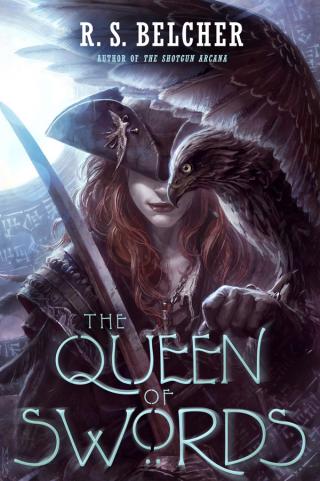 1720. Escaping the gallows, Anne Bonney, theinfamous pirate queen, sets sail in search of a fabulous treasure said to behiding in a lost city of bones somewhere in the heart of Africa. But what she finds is a destiny she never expected . . . .
1870. Maude Stapleton is a respectable widow raising a daughter on her own. Few know, however, that Maude belongs to anancient order of assassins, the Daughters of Lilith, and heir to the legacy of Anne Bonney, whose swashbuckling exploits blazed a trail that Maude must now follow - if she ever wants to see her kidnapped daughter again!
Searching for her missing child, come hell or high water, Maude finds herself caught in the middle of a secret war between the Daughters of Lilith and their ancestral enemies, the monstrous Sons ofTyphon, inhuman creatures spawned by primordial darkness, she embarks on a perilous voyage that will ultimately lead her to the long-lost secret of Anne Bonney - and the Father of All Monsters.