The Saint in New York 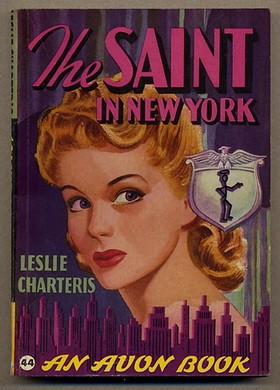 Simon Templar befriends wealthy American, William Valcross, whose son was murdered in the Big Apple. He’s given an offer he can't refuse: a million dollars to go to New York and bring the killer to justice. But it’s no easy task with the corruption that pervades the city’s judicial system. He cleans up the graft by eliminating men from the mafioso’s hierarchy, meticulously working his way to the top to find out the identity of the "The Big Fellow" who is controlling the city.

The Saint In Action

The Saint Meets His Match (She was a Lady)

The Saint on Guard

The Saint and Mr Teal (Once More the Saint)

The Saint Steps In