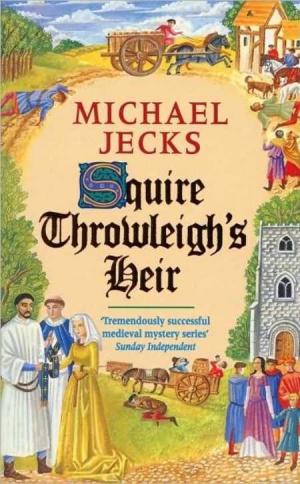 It’s late spring in 1321 and as Sir Baldwin Furnshill, Keeper of the King’s Peace, prepares for his wedding, he receives the news that one of his guests, Roger, Squire of Throwleigh, has just died.
Roger’s death is sad, though not entirely unexpected for a man of his age, and Sir Baldwin – together with his friend Bailiff Simon Puttock – travels to the funeral. The new master of Throwleigh is little Herbert: five years old, and isolated in his grief, for his distraught mother Katharine unfairly blames him for her husband’s death. At Lady Katharine’s visible rejection of her son, Baldwin feels deeply disturbed about the new heir’s apparent lack of protection. For having inherited a large estate and much wealth, the boy will undoubtedly have made dangerous enemies…
When Herbert is reported dead only a few days later, however, the evidence seems to show that the boy was accidentally run over by a horse and cart. But Baldwin nevertheless suspects foul play. And as he and Simon begin to investigate the facts, they are increasingly convinced that Herbert was murdered.
There is no doubt that there are many in Throwleigh who would have liked to see Herbert dead, but little do Baldwin and Simon realise that their investigation will lead them to the most sinister and shocking murderer they have yet encountered.

Jane and the Prisoner of Wool House