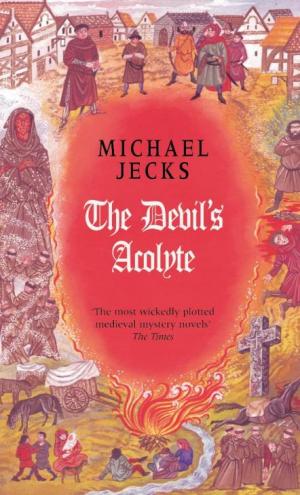 Amidst the myth and folklore of Tavistock in 1322, one tale above all others strikes fear into the hearts of the town's inhabitants - that of the murders on the Abbot's Way.
One cold winter, many years ago, a young acolyte eager for distraction led a group of fellow novices in the theft of their abbot's wine store. Later, crippled with guilt and fear of discovery, Milbrosa was driven to commit still more crimes in an effort to disguise his sins. But his soul had been destroyed with his first sip of illicit wine, and, as legend has it, the devil himself appeared to mete out his punishment, leading the unwitting Milbrosa and his cohorts to their deaths on the treacherous Devon moors.
Now, in the autumn of 1322, it looks as though history may be repeating itself. Abbot Robert has found his wine barrel empty, and a body has been discovered on the moors. Bailiff Simon Puttock, in Tavistock for the coining, is called upon to investigate, but the case seems only to get more complicated with time. It soon becomes apparent that it's not just wine that's gone missing from the abbey, and the body on the moor isn't the last. With the arrival of Sir Baldwin Furnshill, Keeper of the King's Peace, the townspeople hope the mystery will finally be solved - but do the terrors of the past provide the key to their present turmoil?