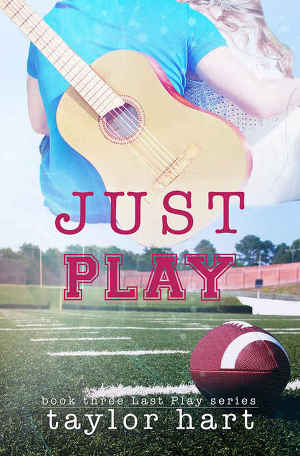 After leading the Destroyers through their worst season in football history, Sam Dumont gets traded to the Miami Surfs, and to top it all off, his estranged father has a heart attack.
Now he’s doing the last thing he ever thought he would do—going to Wolfe Creek, Utah. Maybe he knows he really does owe Roman Young a long overdue apology, but honestly, he’s mostly going because his shrink suggested it could help him get rid of the tiny panic attack problem he’s been having.
Instead of a simple in and out apology, he ends up with a fat lip, a baby shoved into his arms, and a bossy blond. As if that’s not enough of a shock, he finds himself ensnared by her voice and the country music she loves.
When Sam is given an opportunity to get back the only woman who’s ever walked away, he has to make a choice—lose everything he’s worked for…or Just Play.