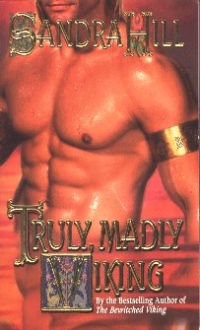 Jorund Ericsson is a tenth century Viking warrior who lands in a modern mental hospital.

Maggie McBride is the lucky psychologist who gets to "treat" the gorgeous Norseman, whom she mistakenly calls Joe.

You've heard of "One Flew Over the Cuckoo's Nest."

But how about "A Viking Flew Over the Cuckoo's Nest?"

The question is: Who's the cuckoo in this nest? And why is everyone laughing?