The Language of Bees 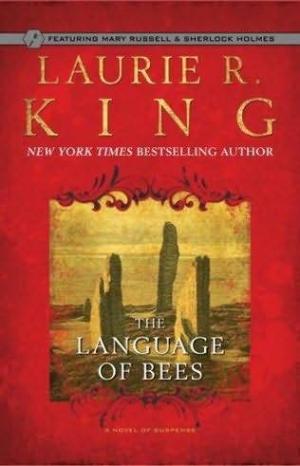 In a case that will push their relationship to the breaking point, Mary Russell must help reverse the greatest failure of her legendary husband's storied past – a painful and personal defeat that still has the power to sting.this time fatally.
For Mary Russell and her husband, Sherlock Holmes, returning to the Sussex coast after seven months abroad was especially sweet. There was even a mystery to solve – the unexplained disappearance of an entire colony of bees from one of Holmes's beloved hives.
But the anticipated sweetness of their homecoming is quickly tempered by a galling memory from her husband's past. Mary had met Damian Adler only once before, when the promising surrealist painter had been charged with – and exonerated from – murder. Now the talented and troubled young man was enlisting their help again, this time in a desperate search for his missing wife and child.
When it comes to communal behavior, Russell has often observed that there are many kinds of madness. And before this case yields its shattering solution, she'll come into dangerous contact with a fair number of them. From suicides at Stonehenge to a bizarre religious cult, from the demimonde of the Café Royal at the heart of Bohemian London to the dark secrets of a young woman's past on the streets of Shanghai, Russell will find herself on the trail of a killer more dangerous than any she's ever faced – a killer Sherlock Holmes himself may be protecting for reasons near and dear to his heart.

Murder At the Foul Line [An anthology of stories]