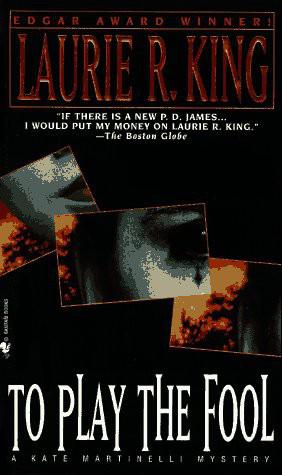 Celebrated author Laurie R. King dazzles mystery lovers once again in this, her second Kate Martinelli mystery. The story unfolds as a band of homeless people cremate a beloved dog in San Francisco's Golden Gate Park. When it comes to incidents like this, the authorities are willing to overlook a few broken regulations. But three weeks later, after the dog's owner gets the same fiery send-off, the SFPD knows it has a serious problem on its hands. Other than the fact that they're dealing with a particularly grisly homicide, Inspector Kate Martinelli and her partner, Al Hawkin, have little else to go on. They have a homeless victim without a positive ID, a group of witnesses who have little love for the cops, and a possible suspect, known only as Brother Erasmus. Kate learns that Erasmus is well-acquainted with the park's homeless and with the rarefied atmosphere of Berkeley's Graduate Theological Union, yet he remains an enigma to all. It's apparent that he is by no means crazy--but he is a fool.  Kate begins the frustrating task of interrogating a man who communicates only through quotations. Trying to learn something of his history leads her along a twisting road to a disbanded cult, long-buried secrets, the thirst for spirituality, and the hunger for bloody vengeance.

The Birth of a New Moon

Murder At the Foul Line [An anthology of stories]