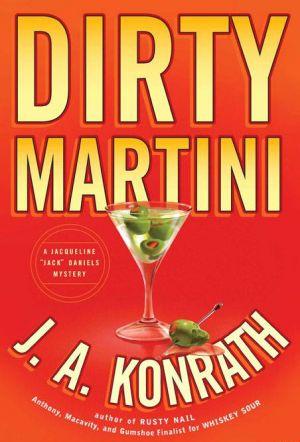 In Whiskey Sour, Chicago police Lieutenant Jacqueline “Jack” Daniels hunted down a killer dubbed “The Gingerbread Man.” In Bloody Mary, she busted a psychopath with a penchant for dismemberment. In Rusty Nail, it was a serial killer with a doozy of a family tree. And now, in Dirty Martini, Jack faces her toughest adversary yet: a sicko who’s poisoning the city’s food supply. Can she catch him – and decide whether to accept boyfriend Latham’s surprise proposal – without destroying both her reputation and her sanity?