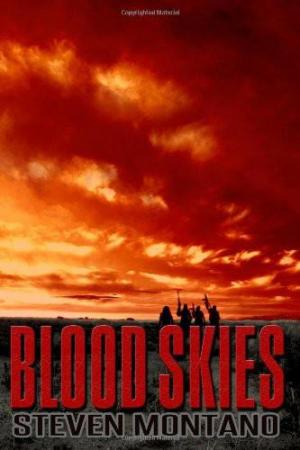 This is the first novel in the series, and it introduces the world After the Black, as well as the series protagonist Eric Cross as he endures his baptism of fire.
* * *
Humanity is threatened by one of its own.

Eric Cross, an enlisted warlock in the Southern Claw military, is part of an elite team of soldiers and mages in pursuit of a woman known as Red — a witch whose stolen knowledge threatens the future of the human race. The members of Viper Squad will traverse haunted forests and blighted tundra in their search for the traitor, a journey that ultimately leads them to the necropolis of Koth.

There, in that haven of renegade undead, Cross will discover the dark origins of magic, and the true meaning of sacrifice.
Experience a dark and deadly new world in the debut novel of the “Blood Skies” series.