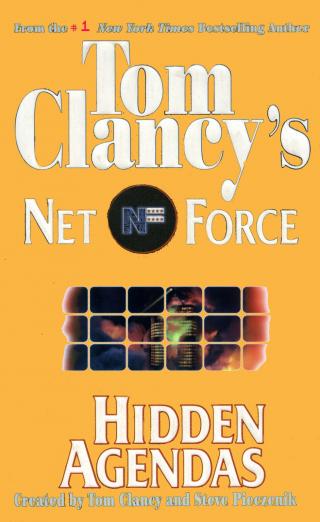 In the year 2010, computers are the new superpowers. Those who control them, control the world. To enforce the Net Laws, Congress creates the ultimate computer security agency within the FBI: the Net Force.

A list of every U.S. spy in the Euro-Asian theater… the movements of rival drug cartels… Someone with access to classified information is posting it on the Internet — and it's costing lives. Net Force Commander Alex Michaels is in the hot seat. Now, before a hostile Senate committee, he must justify the very existence of the Net Force.
Meanwhile, a virus is unleashed that throws the federal financial systems into chaos. And the Net Force operatives must hunt the wily hacker through the twists and turns of cyberspace — down a path that leads them dangerously close to home…

The Sum of All Fears