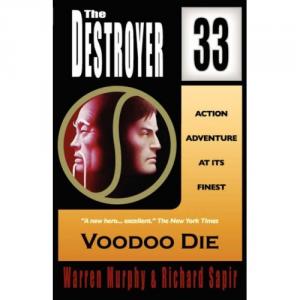 Under the Communist President-for-Life, a voodoo priest named Generalissimo Sacrist Corazon, the natives of the Caribbean Isle Baqia aren't complaining, thanks to a delicious drug they call "mung." When shot through with radiation, however, mung becomes a powerful weapon: it literally liquefies the opposition, and Generalissimo Corazon has no qualms about using it. After an innocent missionary becomes the latest victim of Corazon's mung machine, the world is alarmed, and deadly forces are inspired. The Chinese, the Russians, and the CIA all vie to control the mung machine, while CURE's own powerful weapons, Remo and Chiun, make their way to Baqia and further discover nuclear warheads aimed at the United States. Sacrist Corazon must be stopped, but has the Destroyer met his deadly voodoo match?