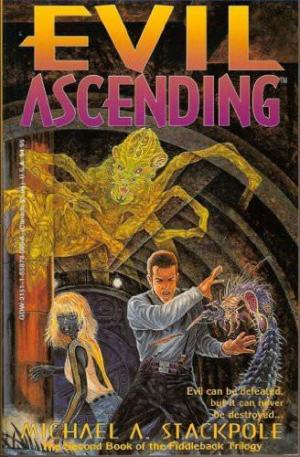 The saga of the war against Dark Lord dominion over Earth continues in Evil Ascending, by New York Times Bestselling author, Michael A. Stackpole.

Tycho Caine, the former puppet of the Dark Lord known as Fiddleback is in full rebellion against his former master. As Coyote, he completes his training and pulls together a team to fight Fiddleback. Included in them is Rajani, an ET born on Earth, who has been shaped to fight the Dark Lords, and Sinclair MacNeal, who travels to Japan to find the assassin school which created Caine. Where their three paths converge, Dark Lords clash, and reality warps like heated wax.

My Life as a White Trash Zombie