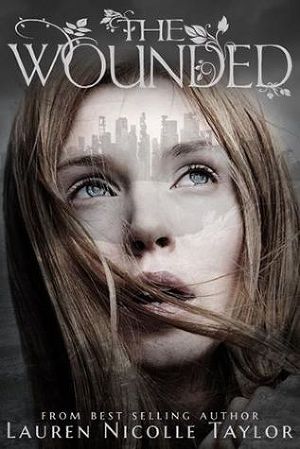 You think you’re in control. That it’s your hands on the reins. But I’m starting to think either someone else is driving, or the reins are attached to nothing. Just flapping and snapping in the breeze. What could be simple, never is.

Rosa doesn’t want to get used to being separated from Joseph, from Orry. So she must find the strength to battle her way back to her family, while mustering the courage to face her father, his secrets.

With her best friend, Rash, by her side, she feels blessed and cursed. He is her saving grace, but will Joseph accept him and forgive her for leaving?

Rosa must pull these threads together as she hacks her way to The Wall with the aid of her new companions but, heartbreakingly, without the one person she’d planned to save.

Finding her way home is only the beginning. The biggest changes, the shocking truths, are waiting, hovering over the town like a menacing vapor.

The Wounded have waited, nursed, and been dormant for too long. And now they’re coming… dragging the ghosts of their lost ones behind them.