Terminator Salvation: From the Ashes 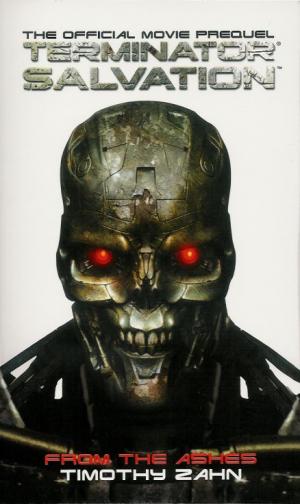 From The Ashes, written by Hugo Award-winning author Timothy Zahn, sets the scene for the events chronicled in the movie Terminator Salvation, revealing the full story behind John Connor, the man fated to lead the human resistance against Skynet and its army of Terminators.

In post-Judgment Day LA, two lost kids named Kyle and Star keep watch for Terminators; a jaded Marine struggles to keep his rag-tag community together in the face of unrelenting danger; and John and Kate Connor assemble their Resistance team for a brutal assault on a deadly enemy.
Review
"Gripping action scenes are set against a backdrop of relentless danger, as the shell-shocked humans struggle to organize and survive in the post-Judgement Day world." - School Library Journal

Heir to the Empire