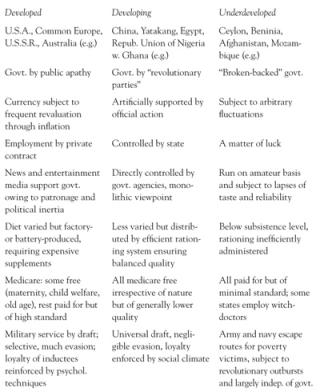 The primary engine of the novel's story is overpopulation and its projected consequences, and the title refers to an early twentieth-century claim that the world's population could fit onto the Isle of Wight – which has an area of 381 square kilometres (147 sq mi) – if they were all standing upright. Brunner remarked that the growing world population now required a larger island; the 3.5 billion people living in 1968 could stand together on the Isle of Man (area 572 square kilometres (221 sq mi)), while the 7 billion people who he (correctly) projected would be alive in 2010 would need to stand on Zanzibar (area 1,554 square kilometres (600 sq mi)). Throughout the book, the image of the entire human race standing shoulder-to-shoulder on a small island is a metaphor for a crowded world.