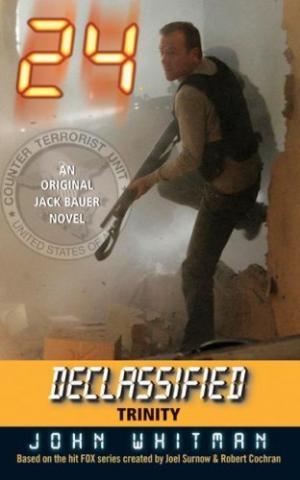 Operating out of a nearly empty space in Los Angeles, the newly created CTU faces its first major crisis. A large amount of plastique explosive has vanished and could be anywhere — with criminals, crazies, outlaw bikers… or in the bloodstained hands of Islamic radicals. As powerful representatives of the world's major religions gather for a conference on faith, peace, and coexistence, agents of the newborn elite counterterrorism unit must chase elusive shadows through the underbelly of L.A. A nightmare of assassination and terror is looming, tied to the darkest secrets of the church — an explosive threat that must be exposed and defused within twenty-four hours, or violent repercussions will be felt around the world.
And only one man possesses the necessary passion, ruthless skill, and willingness to operate outside his jurisdiction and beyond the limits of the law: a dangerous rogue CIA operative… named Jack Bauer.